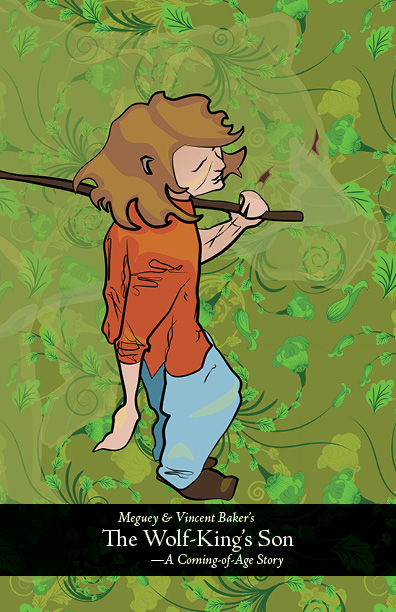 You are the Wolf King’s Son, for good and bad. Your father is the Wolf King of Winter. You left his court with hard words and now you’re on your own.

One day, you’ll find yourself in the Boondoggle Hob’s Circus Astounding, the traveling circus under the Hollow Hills. On that day, you’ll make choices that will cast your whole future. What you’ll become, we won’t know until then.

Meanwhile, today, you’re on your own, afoot, in fairyland.

The Wolf King’s Son is a tabletop role-playing game. It’s an episodic coming-of-age story about identity, gender, and making your way in a world wider than your childhood prepared you for.

To play, you’ll need this booklet, two friends who’ll volunteer to play too, and a six-sided die.